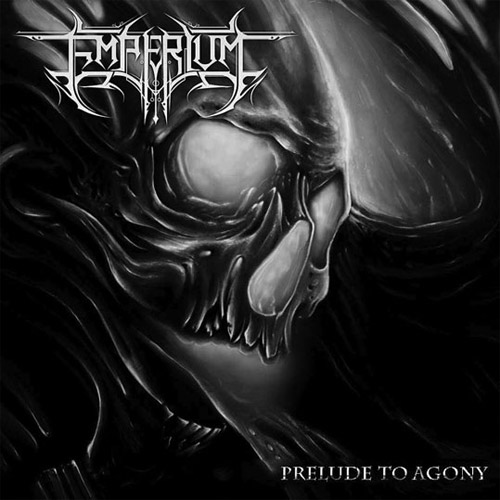 Emperium is a technical death metal quartet hailing from Makati City in the country of the Philippines. Known as a metalcore band named Art of War way back 2006-2009; the band re-formed in 2014 and made a huge effort to disassociate themselves from that scene and moved steadily into a more vicious and musically challenging grounds.

Just November of this year, Emperium released their first official demo named “Prelude to Agony“. The offering contains three tracks, with one instrumental filler, of heavily neo-classical influenced materials with a touch of some of the most well-thought-out melodic riffs in the technical death metal realm.

“Prelude to Agony” is a very solid demo and it is utterly worthy of admiration. The band’s talent had truly shined on this release and they had clearly achieved the aims of successfully infusing classical aesthetic influences into death metal’s remorseless elements. The tracks ‘Dimensions‘ and ‘False Atonement‘ are both well-composed songs which have very technical and fast guitar riffs backed up by a barrage of frantic and hasty blast beats. The bass in this release is also very audible in the demo and it comes through with the clarity of a progressive metal band’s material.

The guitar duo attack of Niel and Chok demonstrates how skilled both these dudes are. The guitar work of both these men are completely mind-boggling and both showcases extremely complex and stunning guitar techniques. Plus the baroque period influenced solos are remarkably displayed and are played perfectly without a single slip up. Jorem‘s drum work adds an amazing base to the structure of the tracks in the demo, and it is also just in the ascendancy enough for the listeners to enjoy it without being pulled away by the other elements of the album. His performance is precise and he executes it with delightful whirring kicks despite the fact of the easily noticed triggering.

Vocals in the demo are very good and superb. I like that somehow Niel manages to make his barbarous vocal work appear fairly audible in the offering which is rare in a high percentage of extreme metal these days. Now there no shrieks or screams present in here, but the vocals don’t get tedious as it fit the brutality of the band’s music very well. Also, the tenacious bass lines of Lario really give a substantial reinforcement to the record. I dig it as it sounds divergent rather than just inflated and it doesn’t just follow the guitars the whole time.

To conclude, Emperium had produced a pretty solid slab of technical death metal demo with “Prelude to Agony“. Unlike many of the band’s modern contemporaries in the local Filipino extreme music scene, Emperium had found success in crafting a relentless technical death metal offering whisked with some fine amount of neo-classical riffs and solos. To tell you fellas the truth, the band and this demo took me by surprise. Why? Because I usually am overly fastidious in making a pick when it comes to bands and albums in the mentioned genre.